Dr. John L. Stringer has enjoyed being an Oregonian since 1979, when he started his periodontal practice in the Eugene/Springfield area. He is originally from Waco, Texas and returns yearly to visit his family there. In his spare time, he enjoys spending time with his family and friends, golfing, fishing, pursuing fitness/exercise activities, following Oregon Duck sports and even Oregon State University baseball!

Dr. Stringer began his professional experience in 1968, spending one year as a dental intern with the U.S. Army at William Beaumont Army Hospital in El Paso, Texas. From 1969-1973, he practiced general dentistry at the U.S. Army base in Germany. His residency in Periodontics was done at Walter Reed Army Medical Center in Washington, D.C. and also, at Fitzsimons Army Medical Center in Denver, Colorado during the years of 1973-1975. Dr. Stringer completed his service with the Army as Chief of Periodontics at Nuremberg, Germany in 1975-1979.

Through the years Dr. Stringer has lectured at many professional meetings and seminars. He also taught periodontal courses for several years in the dental hygiene department at Lane Community College, Eugene, Oregon. Our community has appreciated his countless hours of volunteering his skills, knowledge and care to others in need.

His professional membership organizations include the following:

We invite you to feel comfortable to contact us personally for answers to any questions you may have.

We are eager to welcome you to join our office family team! 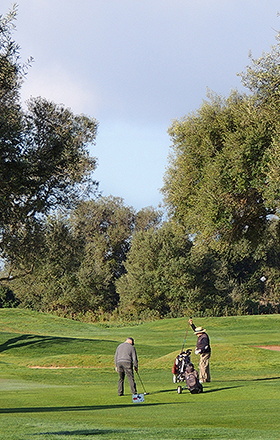